The 6th International Airborne Wind Energy Conference took place in June 2015 at The Delft University of Technology, The Netherlands. 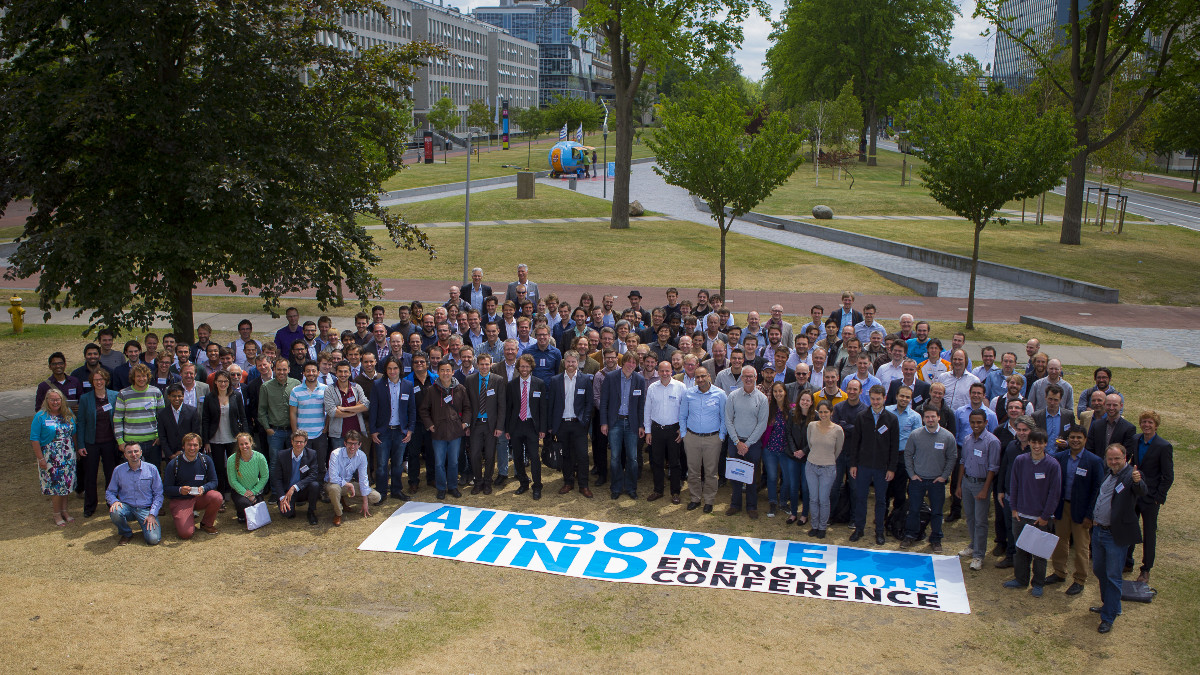 Airborne Wind Energy (AWE) is an emerging field in the renewable energy technologies that aims to replace the use of fossil fuels for energy production on an economical basis. A characteristic feature of the various AWE concepts is the use of tethered flying devices to access wind energy at higher altitudes where the wind is more consistent. Over the past decade the AWE scientific and industrial community has grown considerably. Several teams operate technology demonstrators in the electricity output range up to 80 kW. International Airborne Wind Energy Conferences have been held in Chico, CA, USA in 2009, in Stanford, CA, USA in 2010, in Leuven, Belgium in 2011, in Hampton, VA, USA in 2012, and in Berlin, Germany in 2013.

The AWEC 2015 was the first international conference organised within the Marie Skłodowska-Curie Initial Training Network AWESCO (“Airborne Wind Energy System Modelling, Control and Optimisation”). This doctoral training network is funded by the EU framework programme Horizon 2020 and the Swiss federal government with 3.4 million Euro and will be recruiting a total number of 14 PhD fellows. AWESCO is coordinated by Delft University of Technology and will run from 2015 until 2018. For more information visit the network website.